I’m pretty excited for fall. In my family, fall is full of birthdays and milestones. Some are happy, some are pretty sad, but I still love it. Don’t get me wrong. I will miss sunbathing and outdoor showers more than anything. But as the weather cools, I’m find I really am ready to get back to the business of cooking well and eating right. And being able to turn the oven on again without sweating to death.

In preparation, I went to Trader Joe’s this week with my friend Kathrin to stock up on all things pumpkin. I remembered making some sort of pumpkin and black bean chili last year, so I bought a few cans of pumpkin puree, a few cans of beans and a 1lb of ground turkey figuring that seemed like about the right ingredients.

When I got home I started searching for recipes, but they all had something in them I didn’t have in the house or don’t like. So, I made up my own version based on what I had and the veggies from the farm this week.

It came out delicious! But I forgot to take any pictures or write anything down. So, in the interest of full disclosure, the recipe below is a staged reenactment of that chili.

Ingredients
*makes 6 servings
(the recipe is doubled in the pictures if you are wondering why the pot is so full!)

In a large pot, melt better and sauté onions and peppers over medium heat for 5-10 minutes until soft. Add in jalapeño and chopped garlic and cook a few more minutes.

Once veggies are soft, mix in spices and cook a few more minutes. Then, stir in tomatoes and turn heat to low, letting everything stew for 5-10 more minutes.

In the meantime, brown ground turkey in a separate skillet with just a little bit of olive oil.

After the tomatoes start to get soft and cook down, add pumpkin and chicken stock into the pot. Mix well, then add in beans. Bring everything to a boil, making sure to stir often since the pumpkin is thick so nothing sticks.

Once the pot boils, turn down to low heat and mix in browned turkey. Let pot simmer on low, uncovered, for about 1 hour, stirring often. 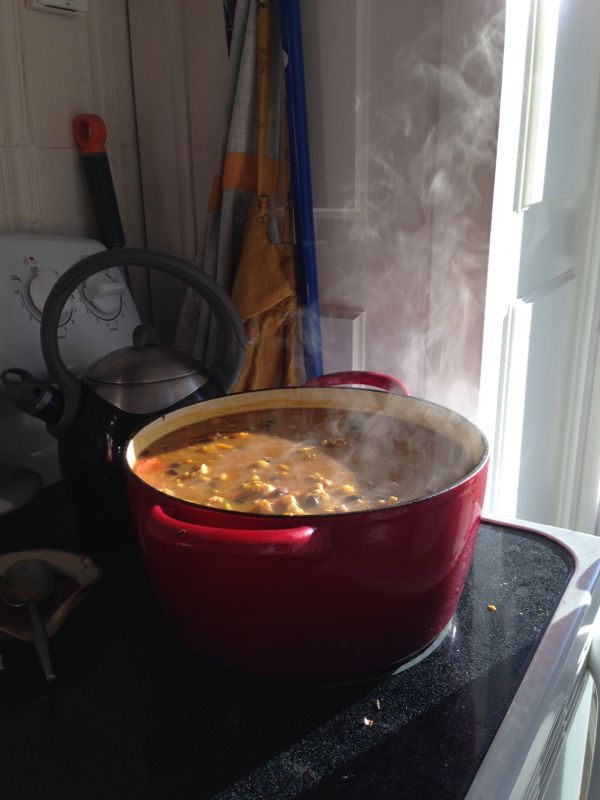 I served as is, but you could top with a bit of grated cheese or a scoop of greek yogurt or sour cream.

Here are top 5 reasons (excuses) I have not blogged since July:

5. I returned from a month-long cross country road trip and wanted to savor the feeling of being unplugged. 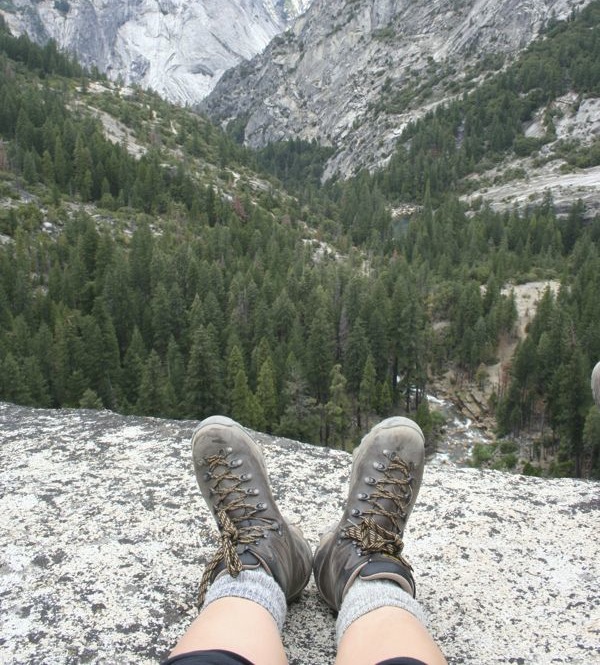 4. It was summer, I can walk to the beach from my house, and I don’t like getting sand in my laptop.

3. I started my third semester of full-time graduate school.

2. I stopped prioritizing eating right and training hard, stopped cooking, and entered into a downward shame spiral in which a clean eating blog had no place. 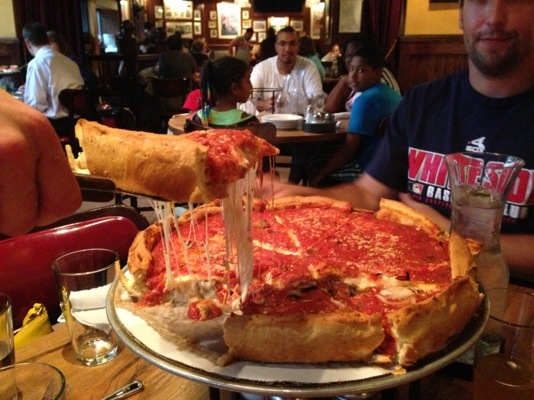 1. I realized this blog didn’t feel like me anymore.

5 recent and related events that helped me commit to starting again:

5. I ended 2013 by baking my first real loaf of bread, using my Uncle Jimmy’s recipe. It turned out delicious and I savored every bite. I remembered simplicity, good smells and how happy I am in my kitchen.

4. Then, with the holidays behind me, I decided it was time to go back to the gym, start eating mindfully again and get my muscles back.

3. Upon reconnecting with my awesome network of strong fitness pals, I heard about the wonders of almond flour and started breading EVERYTHING.

2. With a focus on getting strong again and leaning out, I added a lot more fat back into my diet, and started cooking almost everything in coconut oil…

or butter or lard. 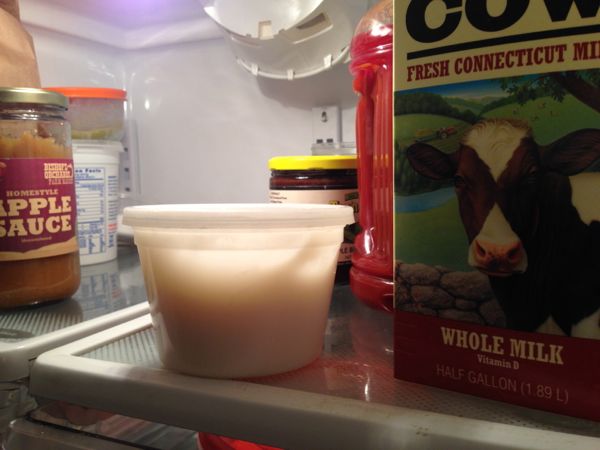 1. Finally, with a little help from a friend, I decided that this blog can be about anything I want. Instead of waiting to find the perfect recipe and then trying to write the perfect post, I think I will just share cool information as I find it. Sometimes you have to approach life one hurdle at a time in order to move forward.

Hi, I’m Samantha, and I didn’t learn how to eat until I was 24 years old. It took about seven years and five big steps to figure it out.

College is what prompted this whole shift. The freshman 15 (or 20) snuck up on my sometime between the calzones and boneless wings at 2am. When my last pair of pants wouldn’t button, I began trying to lose weight.  There was no rhyme or reason to how I went about this. I was not exercising regularly or eating that great. But, I stopped going in the dining hall and started cooking my own food. That was step one.

Step two was experimenting with vegetarianism. I didn’t know much about meat industry, and I was not yet aware of the devastating effects of food production on the environment. I just felt wrong about what I ate, and I needed to do something drastic to figure out why. Abstinence, as it tends to do, gave me time and space to think.

I did not eat meat for year and a half and it was awesome! I felt great and experimented with a ton new foods. But I still had questions. What is my policy on dairy? How much imitation meat do I want to ingest? When does this end?

Then, I started to miss meat, have dreams I was eating it and wake up feeling guilty. I began to resent having only 1-2 options on a restaurant menu, and stress over parties and other social events. I felt separated from my family. Slowly, being a vegetarian became less important than everything else in my life because I had no idea why I was doing it anymore. When you begin to feel like something is a sacrifice, it becomes uncomfortable. And when you start to feel guilty about those feelings, it’s downright unbearable.

So, even though I was ready for it, I ate my re-introductory bite of meat in hiding, with no one watching. I felt weak and ashamed, and thought I would be judged from then on no matter what I did. Turns out no one cared but me. It got easier, but I kept going back and forth. I told myself, I’ll eat meat for just one more week, or just one day a month, and created rule after rule after rule. All of which I broke, because you will break every rule you make for yourself about eating. I guess step 3 was accepting that I was not a vegetarian anymore. Only when your diet becomes a lifestyle that you believe in will you honor it.

Slowly, I began to shift my attention away from what I could NOT eat, and instead focus on what I was actually putting INTO my body. Enter step 4: I got interested in where my food came from and how it was produced. Guess what? Abstaining from foods is waaaaay simpler than eating with purpose and intention.  Every trip to the grocery store became a cost-benefit analysis between local, organic and conventional options. I wanted to eat in a way that was healthy for me, my community and the planet. Without calculation, this became the foundation of my own philosophy on eating.

Finally, step 5 (aka the clincher): I became a truly fit person for the first time in my life. I started working out with an amazing group of women and learned about clean eating. What a concept! (Hey, what is clean eating?) By eating mostly whole, real, unprocessed foods, and getting regular intense exercise, I have gained confidence and feel leaner and healthier than ever.

Last May, I decided to start training for a 1/2 marathon even though I couldn’t run a mile. When I crossed the finish line in December, I knew I was never looking back. Now I know that I can do anything I want, and hold myself accountable to that. I’ve eliminated “impossible” from my vocabulary. It all stems from my core, how I nourish and take care of myself.  Isn’t it funny how when you believe in something, instead of doing what you think you should, it becomes the easiest thing in the world?

Even though my standards for what and how I eat are so much higher now than they have ever been, this is the simplest way I know how to live. It’s challenging, but I’ve learned tricks at every turn and it’s been unimaginably rewarding.

Here’s the secret: I don’t let myself get sick of what I eat. I have spent a lot of time in the kitchen coming up with new and different ways to cook the foods I love, and figuring out how to make them fit into the daily grind. And I’m more than happy to share! So, stay tuned for some squeaky clean recipes and other tips, mixed with the classics and served on a bed of thoughtful pondering.