A brief tale of turning my grandparent’s ordinary kitchen (and garage) into a butcher shop and meat locker.

A few weeks ago, while visiting my grandparents in sunny southwest Florida, my boyfriend Chris went on his first wild hog hunt, and it was a great success. As I have mentioned before, I consider the real story of such adventures, the ones I tell people and write about, to start in the kitchen. Once an animal has been field dressed, skinned and at least quartered, then I step into the process. So let’s start there.

Chris brought the hog back to gram’s house quartered and on ice in a cooler. Then, for the next few hours, her garaged transformed into a butcher shop as we separated out the cuts and portioned it to freeze. 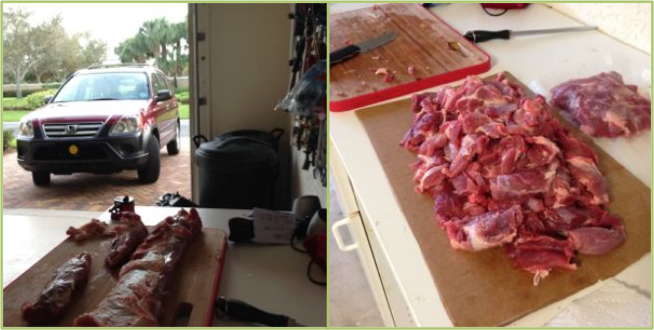 Neither of us have a ton of experience butchering a whole animal, but we felt it out, literally. If you pay attention to the meat it shows you where to cut and trim. 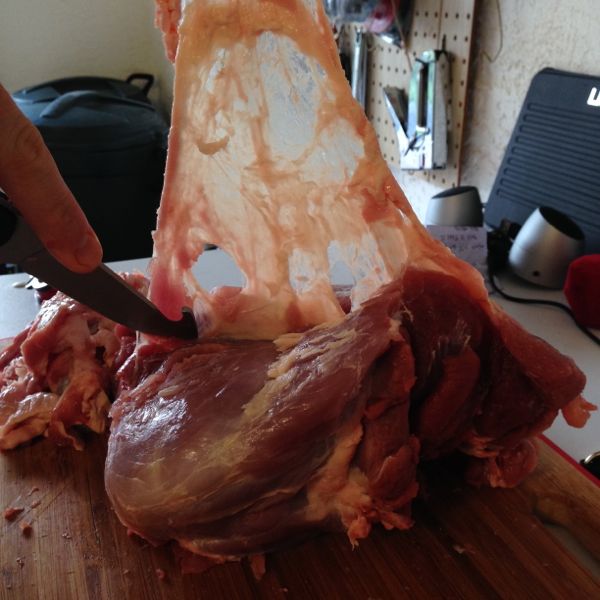 Gram and pops were both really good sports about the whole event, but for a while gram refused to come into the garage. She would just shout, “how’s it going guys?,” periodically from the safety of the house. But then, she got curious.

She even asked for more details on the kill shot!

Ok, she didn’t ask for more details, but once we got her into the garage, she was getting the whole story. By the end of the night she was assisting and it was awesome! Now I guess we’ve both been places and seen things we never thought imaginable. 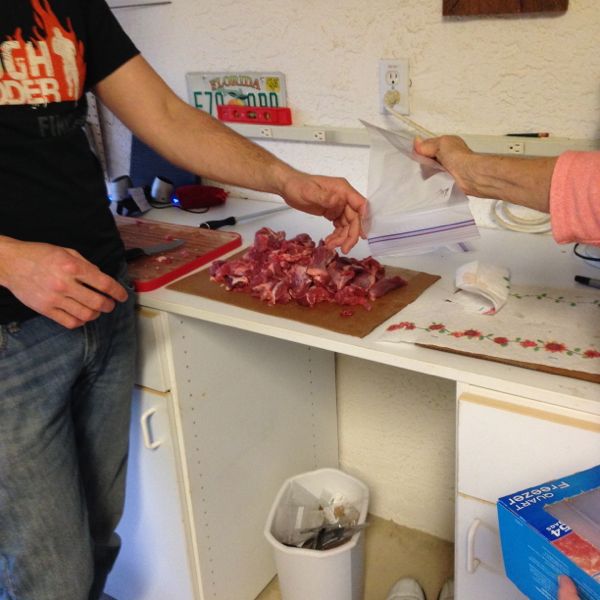 When everything was cut, we vacuum sealed and label it all and then somehow got it to fit into the freezer.

Once we got the meat home (in the cooler, checked-in and flown under the plane like normal luggage – who knew?) I started experimenting with the best ways to cook it. So far, we’ve made stew, pulled pork and red curry. Recipes of the stuff that turns out awesome to come!